Bitcoins are a big thing nowadays. Every so often you see them in the news saying they are reaching new heights in prices and the availability of these little buggers are becoming more common. Small companies are starting to accept them along with some larger ones and Bitcoin ATM's are starting to show up in public places. Well... Before all the publicity; I was playing around with them. I remember when it was around $2.00. It ended up going to $5 and skyrocketed to $125 before it tanked back down to $80. It's current price is $1050 and it has been hovering around $1200 for the past week. 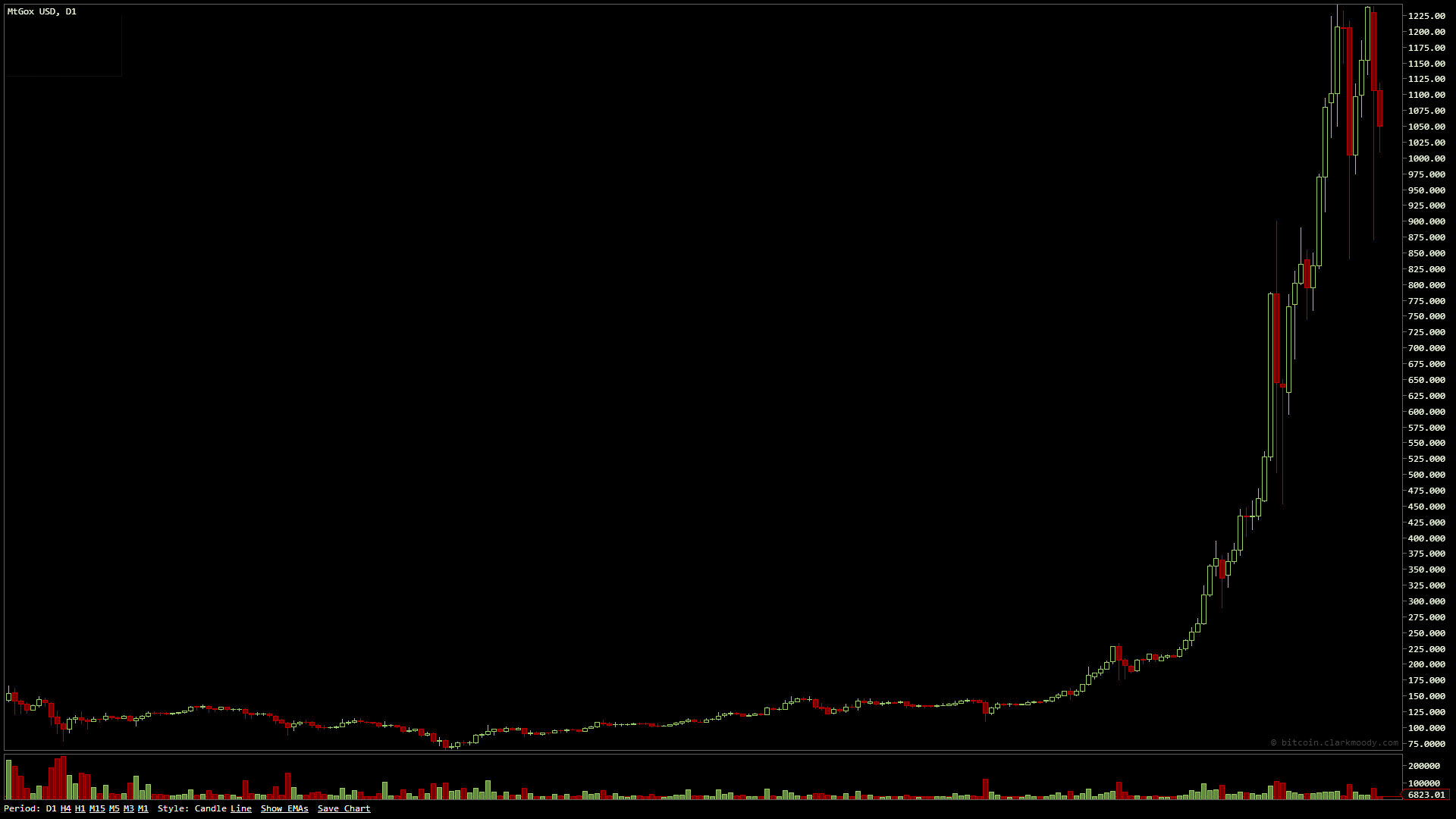 So I wanted to talk about what I have been doing since it has skyrocketed to $1200. Back when they were around $5 generating Bitcoins was somewhat of a hassle. I would use the GUI miner and try to generate Bitcoins. I found that doing it by myself took too long. The hash complexity wasn't terrible and it would have taken about a month or two of constant churning to see if I have discovered a block. At which point I have probably discovered a really old block. So I went to go join a mining pool. A mining pool is rather simple; you have a server that issues out a section of a hash and lets your computer solve for that hash. Once you are done you send back what you have accomplished and see if you were correct. If so, you have earned a small reward for the overall block. These rewards would vary depend on how many people were in the pool and how hard the hash was. Once the entire hash has been generated and the proper amount of "work" has been spent, the pool server would check to see if the group has discovered a new block. If they have, the pool is rewarded 25 Bitcoins for their work.

At this time, I could mine and receive at least 1 BTC in 14-17 days of constant grinding. I was afraid of losing my graphics card from overuse so I would give it breaks every so often and I ended up generating 1.5 Bitcoins over the time of 3 months. It wasn't a lot at the time. It was worth only $7 and some change. I took those Bitcoins and I found the Mt. Gox exchange and sent them over there. I started playing with the market to see if I could earn money off of it by buying when the price goes low and selling when the price is higher than my buy price. I had some losses and I had some gains. (You can see some of my trades here.) I did fairly well but I couldn't watch the market 100% of the time. Mt. Gox doesn't close it's market at a certain time like the stock market. Nope! In fact, it runs 24/7! it is really a double edge sword.

I ended up looking for some kind of trading bot that would look at averages of the price that Bitcoins cover over time. EMA (Exponential Moving Average) is common for viewing stock market charts and I found a chrome plugin that does just that. I can set the range that I want it to look at and what amount of change I want it to accept for selling or buying Bitcoins. While I was trading manually, I wanted to see if anyone had any success with this plugin. I found a guy that was actively recording each trade. He did VERY well. So I thought I would give it a try.

I installed the plugin and I started to make changes on it. I set it to a 10 to 15 day time period. I felt like that was quick enough to evaluate every hour. Well, it made me money, but I was also actively watching the bot. Bitcoins started to drop and I ended up selling even though I didn't make a profit. The bot was saying that it was still alright to hold onto them. I was doing a really bad thing when trading which is called "Panic Selling". Now that my coins were in the hands of the bot I was thinking that it was going to lose my hard work. That thought wasn't entirely correct or wrong. I was losing the majority of my coins due to my nit-pickery. I now know that the bot isn't that great either.

Mt. Gox had a surge of sells at one point. The second bubble pop of its time and at its highest price ever. $266 and it tanked. There was a 60 minute lag between trades and everyone panic sold. At this point, I was trying to sell my Bitcoins as well. Mt. Gox put a stop to it and put the trades on freeze. They came out with a statement saying they were going to upgrade their servers for the load and they were waiting for everyone to get their head on straight. Once it resumed it dropped a little and then went back up to $100. I earned $30 while it was going up. I ended up losing all of it on the drop in price.

I decided that I would let the bot decide what to do after that. I figured that it wouldn't make as much money as a person who is constantly taking advantage of minute buying and selling in a day. So I gave it a shot. Never did I expect the price to go up as high as it has. At $10 trying to buy Bitcoins that are $200, you don't get a whole lot. The bot went on ahead and saved me a spot in the money. Here I am now. Currently, I have ~$30 from when it started. I have an average of the price changes in BTC with a purchase of about .002 BTC. I was expecting about that much from the bot. So I have learned that the bot is alright, I would much rather spend time working the market manually. This bot only updates every hour. Bitcoins can change from $1200 to $1000 in a matter of an hour or less. So if you happened to buy in at $1200 you just lost a lot of money.

I will continue to play the market. I really like being able to make money off of observation. Because Bitcoins doesn't really have a reason to drop or raise, so far it has been more of a gamble than investing. The stock market is a bit easier to predict due to company news and there are safer ways of manipulating trades on the market. Bitcoins only has raw trades of currency to currency. I don't expect it to get anything like Puts and Options because Bitcoins are meant to be a median for exchanging currency from one person to another on a global scale. It really has no value and it makes it really volatile.