If there was ever a reason to blog I would have to say, besides professionally blogging, the eventful things in life are the best. There are several reasons to why I am deciding to blog. My grammar is terrible my spelling isn’t grand and I heavily rely on spellcheck. I have read and heard that those who write a lot end up getting better at both. So I hope that I can improve those two things over time. Aside from that, what happened tonight was definitely a write down and share moment.

For the most part the majority of the day was pretty calm. I worked on some personal projects as much as I could. I lit some smoke bombs and threw snaps at my sister and brother’s feet. I watched RoboCop for the second time then prepared for a BBQ. I invited a close friend over since he didn’t have any family around for this holiday. And when I say close friend; I mean that we are both literally family in either one of our homes. 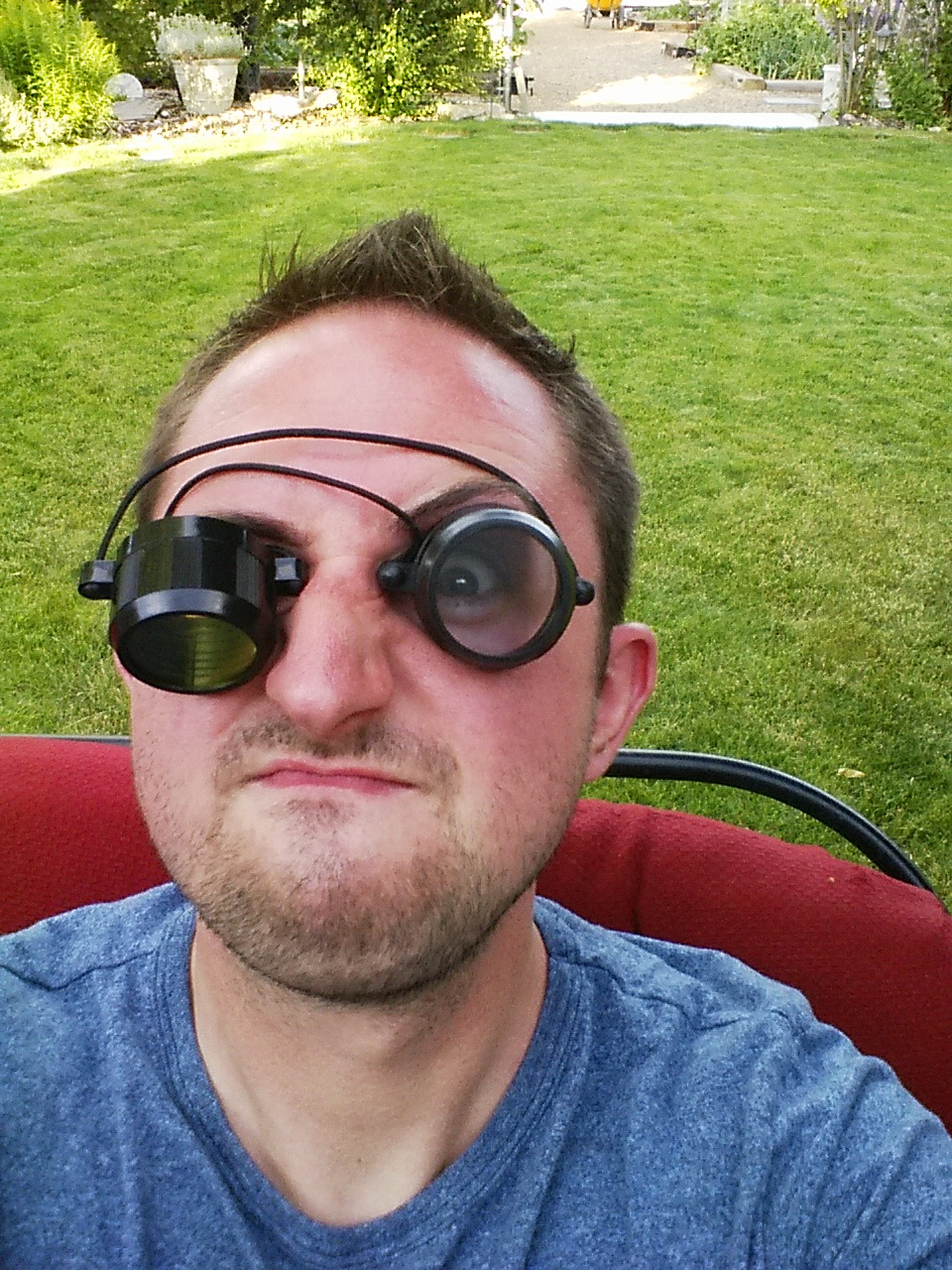 We went over to the Manti fireworks show at 10:00 PM. I brought my laser pointers for the heck of it and thought I might be able to point at stars or anything really. When we found a spot on the side of temple hill, I pulled out the lasers and started pointing them down at the bottom of the hill. A kid that was up above me started running down the hill to go investigate what it was. I didn’t do a really good job of hiding it as he looked around after chasing it for a few seconds and noticed it was coming from me.

I continued to mess around with the lasers by pointing them at random objects. I then noticed there were some little kids running around a little ways away by the reflection pool across the street. So the only logical thing to do was to see if they would also pursue the lasers. They definitely did. I first pointed it right in front of a kid that was running. He looked down saw it and immediately stopped running and stared at it not knowing what he should do. For some weird reason kids think that it is a good idea to chase what ever it is that they are unsure of. Haha So he chased it. After a few minutes I was able to reverse it on him and started chasing him with the laser. He looked as if he was legitimately afraid. I was laughing so hard that I couldn’t keep the laser from jumping large distances since I was so far away. 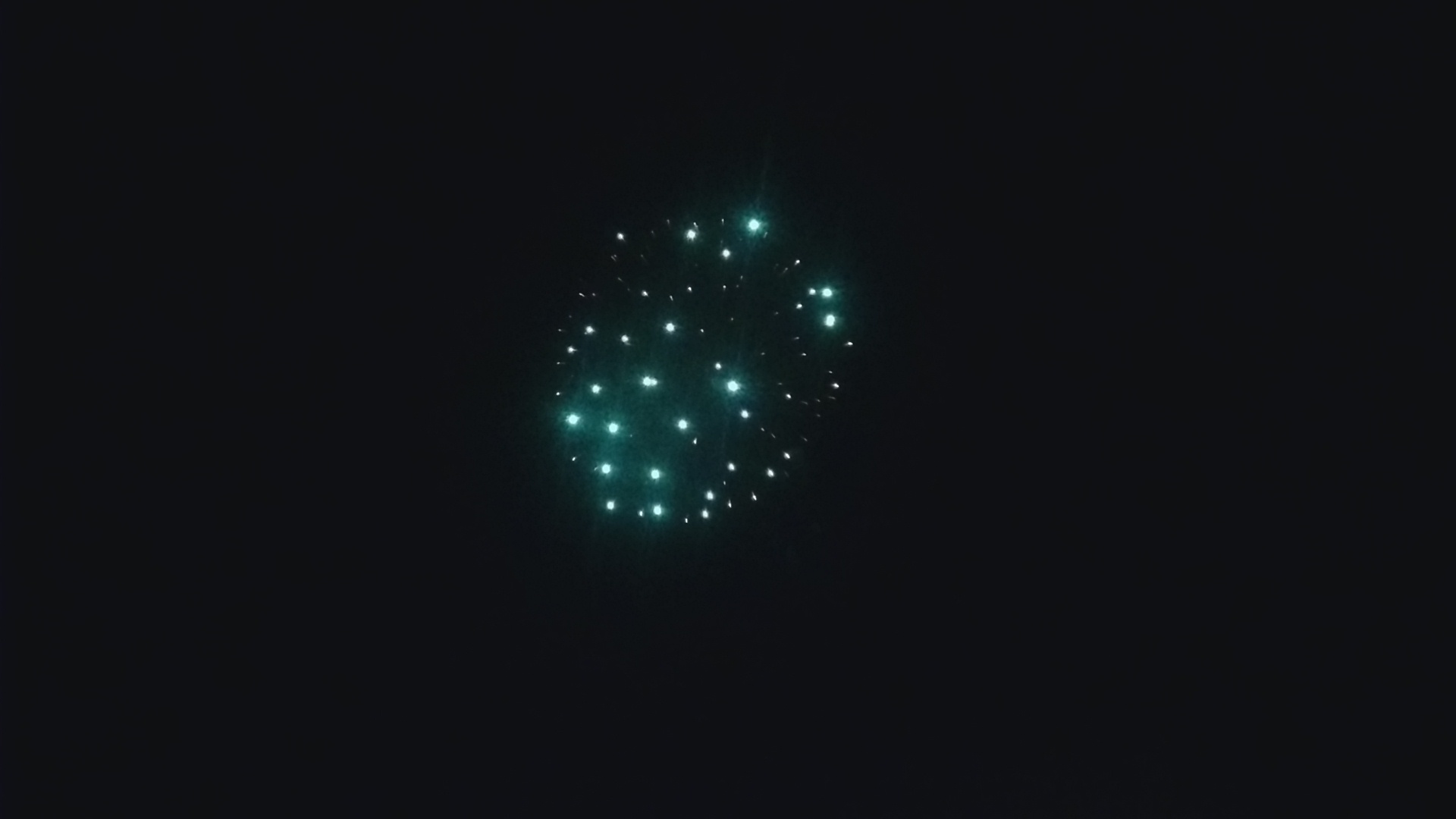 The fireworks started and ended fairly quickly. I was kind of disappointed in the amount they had and there wasn’t really a finally, it just kind of stopped. Anyways I went back to tormenting kids down below. I started shining it in front of one kid, he immediately started chasing, then there were 3… no 5…. No 7 kids chasing my laser dot. This was better than fishing. This was all great amusement for half the hill and me. 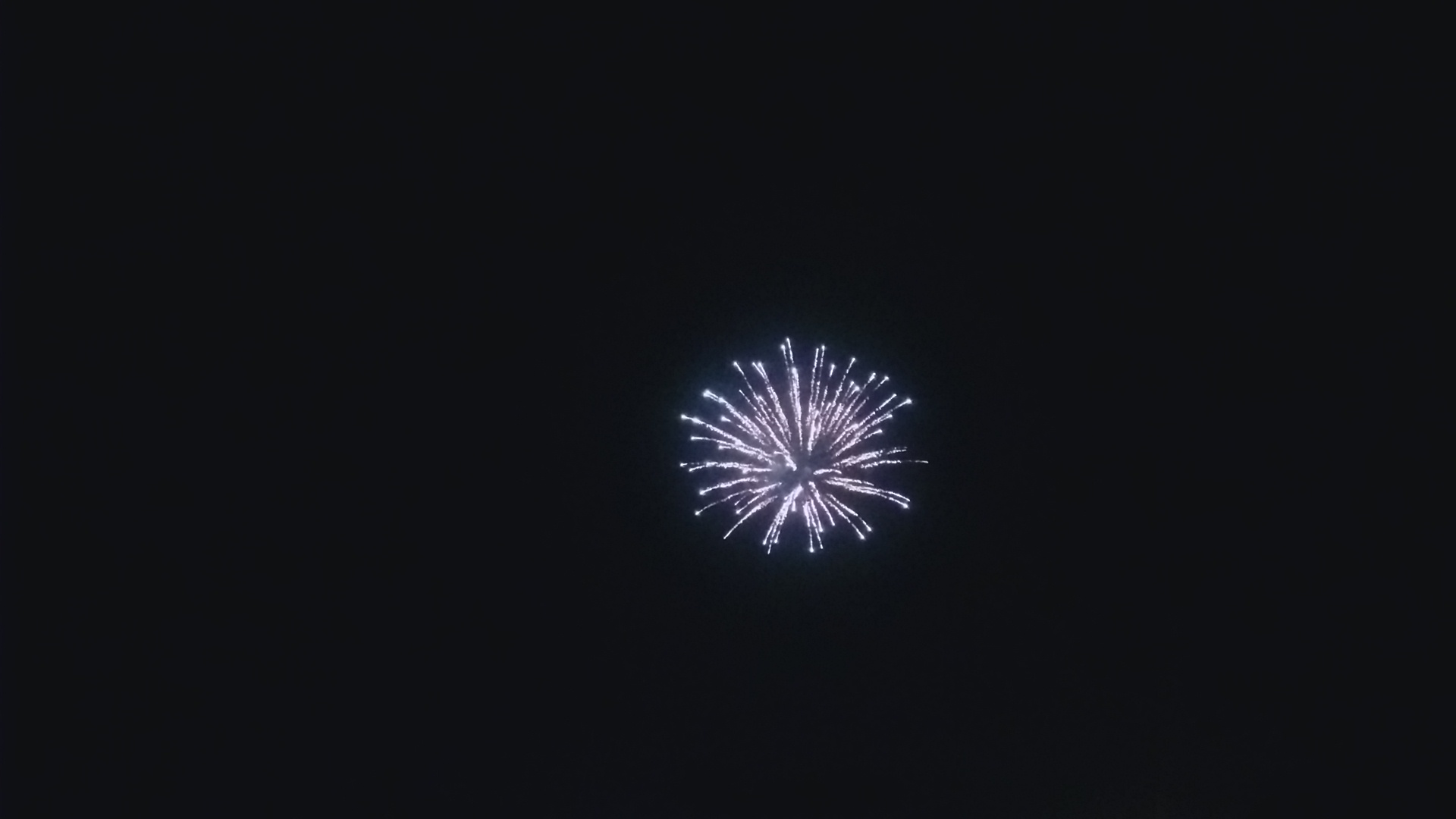 We headed home to start up our own fireworks. I was pretty excited because we would be able to do aerial fireworks, which have been banned for ever in Utah due to it being dry most of the time and aerial fireworks are the best at spreading fire. I will explain a little later as to why. When we got home we busted out the sparklers, because who doesn’t love some sparklers?! Man, these ones even had easy light substances on the end. I remember when I was a kid it would take maybe an entire match and your finger to light one. You then had to keep it chained with another sparkler so you didn’t lose the heat from the first one. Kids these days have it so easy.

My dad started throwing the bloom flowers out on the street. We have kind of a crappy street; I say this because you would throw out a flower and it would get stuck between two rocks or a crack in the road and not spin at all. But that is ok, what was to come definitely made up for all of that disappointment.

After about 5-10 minutes of flowers, sparklers and snaps my dad walked out to the street with one of the aerial bundles and proceeded to light it. At that moment it would seem that time slowed down. Then the loud pop of a firework being shot out of the device was heard…Except it exited the wrong way. Bright sparks came out of the bottom of the container launching the container into the air making it spin dramatically. The shot it fired zipped down the street to the right of us. Everyone had a moment of joy that ended fairly quickly as the base falls to the ground and shoots another shot to the left down the street into the neighbors yard. The next shot is then fired and it is coming straight at us.

BANG, “ffffzzziiiiiiiptchkisk” right past my left, bounces off the garage door and goes up, hits the lip on the roof and back rockets back down at us bursting into multiple fireworks that crackle. I feel the heat from one as it zips past my face. The party is over; everyone is on their own and I am looking for cover. I hear screaming, and I keep looking back to see where the next shot will be fired. It bounces around and heads the direction I was going to go (towards the porch). I slowly walk over there coving my face. At this point I don’t really remember what happened. All I know is that somehow there was 12 shots fired and I only remember 4 of them. The last shot that I remember landed across the street in the other neighbors yard.

At the Rouska’s it was a warzone for what felt like an hour of dodging. My friend was definitely regretting coming and spending the 4th with us. We regrouped after everything was done firing death fireballs. My sister said she immediately ran into the house and watched us from inside. She said that we were running everywhere not making any progress for anything. Or a bunch of chickens with their heads chopped off. My friend said that he tried to make it into the house but the firework that hit the garage bounced down and hit him the knee. My brother said he was running around and ran past my dad who was bent over laughing his butt off. My mom followed me over to the porch around the time the last shot was fired.

All in all, the smart one was my sister. My dad either didn’t care or couldn’t move because he was laughing so hard. Either my mom screamed a ton but didn’t make any progress or the fireworks were screaming and she still didn’t make any progress. My friend tried to make it into the house but the fireworks didn’t want him to not have fun and kept him outside. And last of all, my brother was running around my dad.

Basically we didn’t do anything but run around trying to figure out where to go and only ended up running in circles because the fireworks were being shot in every direction. It was an impossible situation that you see on the Internet all the time. I have now survived it.

We still had one more aerial to do so after our nerves settled down we lit it and enjoyed them from the far distance on the ground.

In the morning the after math of it all was scorch marks up the walls. A hole in my parents side paneling on the side of their house. Golfball sized scorch marks on the ground in random areas. 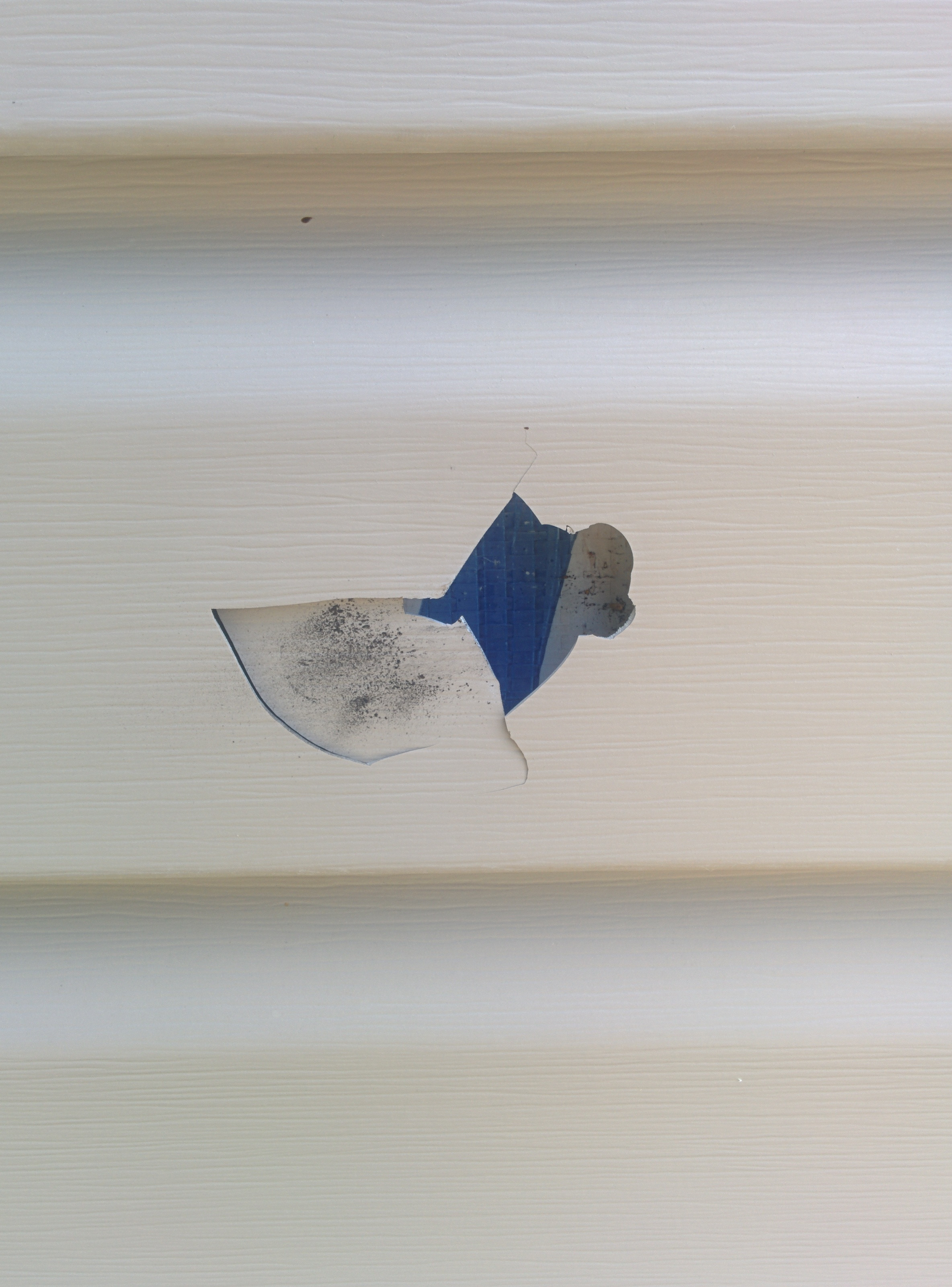 At the Rouska home, we try to keep things a little interesting where we can. Not too much though.